Victim Support Europe ANNUAL CONFERENCE and GENERAL MEETING which will take place in EDINBURGH from 29 MAY to 1 JUNE 2013 and will be hosted by Victim Support Scotland. All information regarding registration and programme as well as practical information can now be found on the conference website at: http://www.vseconference.org/
International Victim’s Day (February 22nd)

In 2013, several events are hosted by VSE member organisations to mark the European Day for Victims of Crime:

Weisser Ring Austria, together with the Federal Minister of the Interior (Mikl-Leitner), organises an event with experts on the topic “Elderly people as victims” in the Ministry of the Interior on the 22nd February 2013 in Vienna.

Victim Support Estonia will hold a conference on the theme of school violence, on the 22nd February. “Bullying-Free School” will have several speakers working with victims of bullying, from social workers to police staff, and will be opened by Kalle Küttis, the vice-chancellor of the Ministry of Education and Science in Estonia.

In Portugal, APAV will organise a debate on “Sexual Violence against Children”. The event will be held at APAV head-office, in Lisbon on the 22nd of February. The debate will count among its speakers the General Prosecutor, academics, police officers and health practitioners.

In Sweden, the main event on the European Day for Victims of Crime is a yearly conference in Stockholm. The conference will be opened by the Minister of Justice of Sweden and the topic for 2013 is Internet as a scene of crime but also as a support option. Conferences, concerts and ceremonial candle lightning are examples of events which will take place around Sweden.

In Scotland, the European Day for Victims of Crime is extended into the “European Victims Week”, whith several events organised by Victim Support Scotland across the region. These events include awareness-raising workshops and fundraising campaigns to flag the importance of protecting victims’ rights.

Bily kruh bezpeci (White Safety Circle), in Czech Republic, is planning to arrange a press conference on the 22nd February during which a new project will be introduced: “Circle of help offered to particularly vulnerable victims“. During the conference, support will also be presented to the new act of law signed by the President of the Czech Republic on the 11th February 2013, and the statistics of 2012 dealing with the topic of victims of the crime will be presented. On the 21st February, Bily kruh bezpeci, together with Police, will arrange a workshop aimed to police psychologists to inform them on the new act of law regarding victims of crime.

New webite for VSE and finalising of CABVIS Project

The CABVIS project has reached its end at the end of 2012. CABVIS stands for Capacity Building for EU Crime Victim Suppor. From the latest newsletter you can get information what has been developed from this project, and you can also get information about the new website of Victim Support Europe. You can download the newsletter by clicking here, and you can visit the new website of VSE here

Summary of VSE conference in Brussels

On 26-27th 2012, in Brussels, the Victim Support Europe (VSE) held an event titled “Putting Victims’ Right into Practice” at the European Parliament. The aim of the conference was to discuss the new victim support directive of the European Union. The Conference had two main parts: one with speakers from the EU institutions, including the European Commission, European Parliament, Council and the European Economic and Social Committee, and another part with officials from Justice Ministries of Poland and the Netherlands, as well as practitioners from victim support organisations across Europe. Download the summary of the event HERE.

On March 7th 2012, in Brussels, the Victim Support Europe (VSE) held the event „Voice of Victims in Europe” of which aim was to gather support for strengthening the rights of victims of crime in Europe. The Head of Policy at the VSE, Frida Wheldon sent us a brief summary of the event. You can download it HERE.

Mr.László Fügedi as a president of the FEHÉR GYŰRŰ Public Benefit Organisation, delivered more than seven million HUF on the spots for fourtysix person at the settlements, smitten by the flush of the red mud.

To whom, whomsoever his house, garden, domestic animals have been nullified by the red mud flow.

The head of Balaton area’s victim support office, gave personally in cash the supporter’s donations to the indignents.

On the CEO meeting on November 15 th in Brussels, Mr. László Fügedi, and Mr.Péter Liszka int.relations will participate.

Justice for Victims of Crime

This year the main topic of the Conference was “Justice for Victims of Crime in Europe”.
During the plenary sessions speakers from the European Comissionand experts in the field of victimology and provision of victim supporgave new insights in the way victims of crime are supported throughout Europe. Workshops were organised during which specific themes were highlighted. The Lisbon Treaty, emerging demands for victim support and the way we deal with victims of organised crime and human trafficing were some of topics which were discussed.

Reinhard Böttcher, federal Chairman of the WEISSER RING, stressed that the cooperation stamps the VSE for a more effective victim support, for more respect for the victim and his interests. Purposes which WEISSER RING fully supports and for which WEISSER RING exerts himself at all levels.

Viviane Reding , EU’s Justice Commissioner, sent a video-statement in which explained that the EU must do everything it can to ensure that victims get the best possible support.
She shared with the participants her plan to ensure justice for victims. One in four Europeans falls victim to crime every year. It is a terribile experience whwtwr you suffer theft or abuse. It can happen to everyone. We have no contol over that. But we can control how the justice system reacts. We can make sure it treats victims properly. When you fall victim to crime or violence you need to be protected. You need to receive care and treatment.

About 120 participants from all over Europe stated the importance of such meetings. Learning from each other, bringing together practical experiences and exchanging new ideas and new options for activities are important outcomes of such a conference. Today the theme of victim protection ranks very high on the political agenda. A side effect of this, however, is new risks are arising. This was made clear by the preside3nt of the Victim Support Europe, Jaap Smit (The Netherlands). Every political direction can try to exploit victims as a political instrument. What we need is better help for victims and not a new Law and order discussion.. All member organisations of the VSE are confronted with the task to act according to these high aims.
More and more new organisations and companies have discovered the victim as “Target in the Market”. It is “sexy” to talk about victims of crime, according to Smit. After six years of presidency Jaap Smit passes the responsibility on. As successor David McKenna is nominated. He is Chief Executive of Victim Support Scotland.
He has been the Secretary of Victim Support Europe for four years and has been associated with wit European victim issues since 1994. For him it will be a big challenge to consolidate present results.

WEISSER RING (WR) was founded in Mainz, Germany on September 24 1976 by 17 cofounders. The NGO has approximately 56 000 members at present. WR maintains approximately 420 local contact centres in Germany for victims of crime and has more than 3 000 volunteer staff members. WR provides quick and unbureaucratic assistance to victims of crime.

More information can be found on the wesite of Victim Support Europe www.victimsupporteurope.eu or on the website of WEISSER RING www. weisser-ring.de

For the request of the Dutch Victim Support, our Association undertook the legal advocacy for the next of kin of the late Klaas Dik Dutch citizen, murdered in Hungary on May 10th 2010, at the Pest County Court. 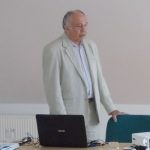 Professional Day on Bátonyterenye
Comments are Off 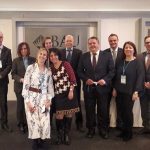