The final part was handing out the awards. György Numan received a memorial plaque as he was the manager of the Hatvan office for 12 years. Another award was received by Mrs Gábor Eck, honorary police lietunant, leader of Hatvan City Police Criminal Department, and ensuring the link between White Ring Hungary Hatvan and victims of crime and  victim support  expertees of local police. 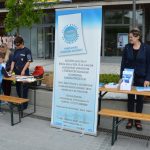 Civilian’s Day in Veszprém
Comments are Off 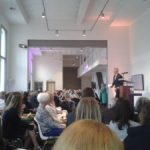