It was the second time, that the best productions of prison theaters were taken out of the prison. We have discussed with the amateur actors after the final rehearsal. Naively, we thought  only the prisoners have to fight with their emotions on stage, but we admit, after seeing all the production, our feelings were given up the lesson so well.

12th of August Friday, was the date, when the II. National Meeting of Prison Theaters were held in which theater companies of all Hungarian prisons, jails, and penitentiary entered to.  There was 21 entrants, and 5 teams made it to the finals.

The staging performances of the inmates were helped not only by the prisons staff and reintegrational officers, but volunteery drama teachers, recognized actors, and directors too. The meeting took place in the József Attila Theater, and the actors and directors of it also supported the prison theater companies, with great pieces of advice. As an audience the family members of the prisoners received invitation to the performances. Following the program, there was no chance to organize a meeting due to security reasons.

The whole article is available in Hungarian at Nők Lapja Café. 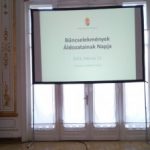 Conference on the Victim’s Day
Comments are Off 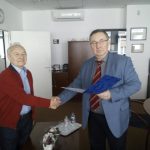